Satish Chandra*, D. S. Rawat and Jyotsna Rastogi
Viewed: 1880  -  Downloaded: 505
Full Article
Abstract:Stellaria congestiflora H. Hara (Caryophyllaceae) is an endemic herb found in alpine zones of Tibet and Himalayan regions. The species was described by Hara (1977) from Taglung, South of Tukucha, Kali Gandaki, Nepal and known to be common near the base of Mount Everest, Nepal. Globally the species has been recorded in Xizang area (Tibet) China, Bhutan, Nepal and India. In India this species is represented by only two specimens; one from Sikkim (Below Phaklung rocky gully, Lasha Chhu, North district) and other from Uttarakhand (opposite Gothing, Chamoli). From Uttarakhand this species was collected by B.D. Naithani in 1975 but he erroneously identified specimens as Arenaria festucoides Benth. Later, Pusalkar & Singh (2010) correctly identified specimen as Stellaria congestiflora and reported its presence in India from Uttarakhand and Sikkim. On account of only two collections in Indian Himalayan region this species is rare, though it is reported common in Nepal Himalaya. 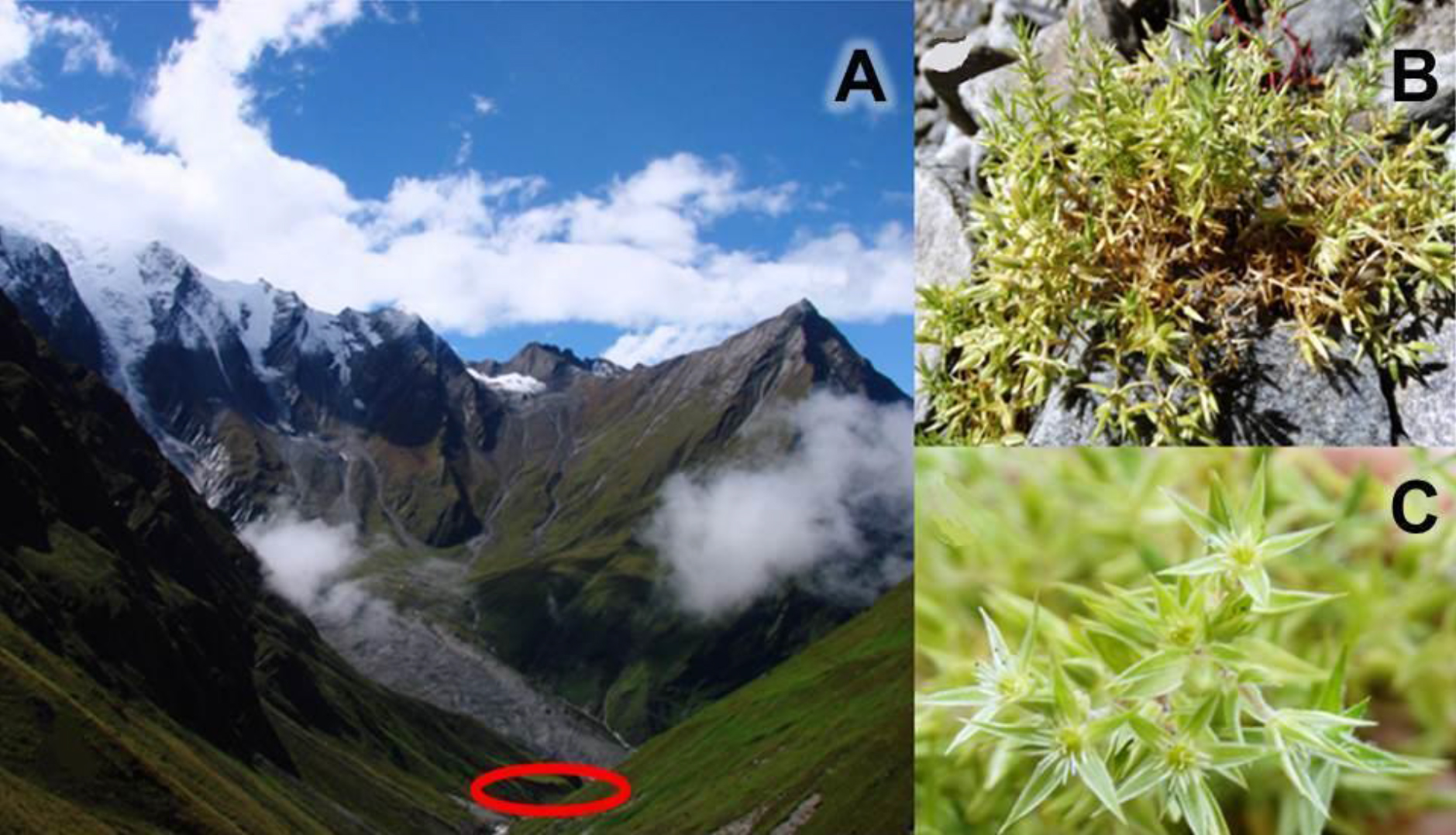