Rajyasri Ghosh*, Sreetama Bhadra and Maumita Bandyopadhyay
DOI: https://doi.org/10.22271/tpr.2016.v3.i3.064
Viewed: 4309  -  Downloaded: 2016
Full Article
Abstract:
In the present investigation an attempt was made to carry out morphological and molecular characterization of Colletotrichum isolate (CI) associated with leaf spot disease of soybean. Pathogenicity test was carried out with the isolate and symptoms of leaf spot were found to appear after 7 days of inoculation. The pathogen was compared with 2 isolates of Colletotrichum capsici (CII and CIII) and one isolate of Colletotrichum gloeosporoides (CIV)
from chilli. On the basis of morphological and cultural characteristics the pathogen was identified as C. capsici. For molecular identification random amplified polymorphic DNA (RAPD) primers and internal transcribed spacer (ITS2) primers were tested on the genome of Colletotrichum isolates from soybean and chilli plants and the data provided characteristic genetic evidence of 100% similarity within the CI isolate from soybean and C. capsici isolates from chilli (CII and CIII). To confirm the molecular identification of the pathogen species specific primers (CcapF/CcapR) were used and it was established that the pathogen is indeed C. capsici. Results of present investigation revealed the first report of C. capsici in soybean plant. 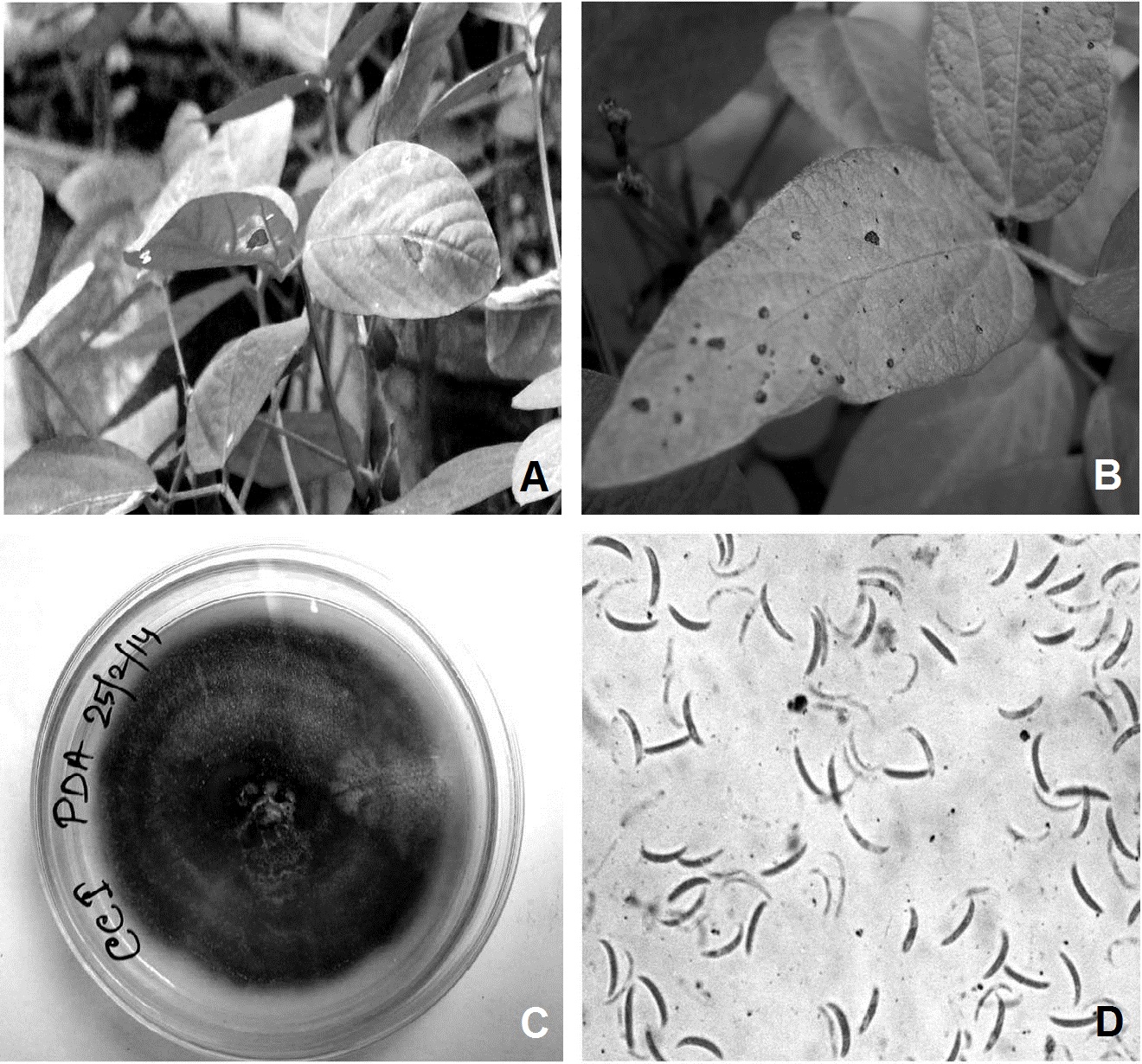 Fig.: Symptoms of leaf spot disease on infected leaves of soybean and morphological and cultural characters of the pathogen.